Turks out of Cyprus
In a so-called controversial video posted last year on youtube.com Cypriot tennis star Marcos Baghdatis is seen celebrating with Greek-Australian fans, singing the National Anthem of Cyprus and chanting "anti-turkish" slogans. The slogan that supposedly caused the controversy was: "Turks out of Cyprus".


Why are the Turks in Cyprus anyway?

For those who do not know the history behind the chant, Marcos' home country Cyprus is a small Mediterranean island neighbouring Turkey and Greece. The great majority of the island's population has traditionally been Greek. However Turkey had attempted several times to take over the island with wars and military invasions.

A turkish military invasion took place in Cyprus less than 34 years ago, in 1974. In this attempted ethnic cleansing, over 1/3 of the island's territory was occupied by turkish troops and is still being occupied unlawfully. 200,000 Greek Cypriots became refugees as they were forced to flee their homes and none of them has been allowed to return ever since. As a result of this invasion, 6000 were killed in just a few days and over 1500 Greek-Cypriots have been missing in action (many of them appear in videos filmed in concentration camps in Adana, Turkey).

Since 1974, the occupied northern territory of Cyprus is inhabited by native Turkish-Cypriots as well as thousands of Turkish settlers imported by the Turkish government. It is estimated that over 50% of the 100,000 population in the north are settlers and they live in the homes of the Greek Cypriot refugees. An area with 100,000 population is ruled by 40,000 turkish troops.

The occupied northern part of Cyprus was later declared as an independent state, but has never been recognised by any country, apart from Turkey (of course!). Numerous United Nations resolutions have declared the Turkish invasion and occupation of the island as illegal, but Turkey failed to comply.

The chant "Turks out of Cyprus" and "Turkish troops out of Cyprus" are, and will continue to be the target of every Greek Cypriot.
We demand to live in a free country without military occupation.
We demand to return to our homes in Kyrenia, Famagusta and Morfou, and Marcos is a true Cypriot who was raised with these values.
NOTE: These chants were never directed against the Turkish-Cypriot legitimate population of Cyprus.


Who brought out this video now?

The "controversial" video was filmed and posted on youtube in January 2007 (exactly one year ago), after Marcos had finished his games in the Australian Open 2007. For a whole year nobody from the mass media ever mentioned this video.

NOT surprisingly, the Australian and Turkish propaganda agencies have coordinated in order to "unbury" this story and orchestrated a psychological war against the athlete by publically calling Marcos a racist, (surprise! surprise!) on the eve of Marcos' game against the Australian tennis star Lleyton Hewitt.
On one hand, Lleyton is undoubtably a great tennis player, former ATP No.1, but at the moment seems to be on the decline of his career. In his previous game against Marcos Baghdatis, the Cypriot was the winner. The Australians media really want to make sure that their own star does well in this tournament in order to keep the local interest at high levels.
On the other hand, Turkey, a country of 71 million population, struggling to enter the European Union (but failing to comply with several Human Rights issues - including the Cyprus issue), was never able to produce a tennis player (or any athlete) to match Marcos' caliber. However, the Republic of Cyprus, a small nation with less than 1 million (Greek) population (survivors of an ethnic cleansing attempt by Turkey in 1974) has managed to produced a world class tennis star Marcos Baghdatis (currently ATP No.16 and rising again) and this seems to bother them big time.

Thank you Marcos for making us proud again

Hi! I understand this is sort of off-topic but I needed to ask.
Does building a well-established blog like yours take a lot of work?
I'm brand new to writing a blog but I do write in my diary every day. I'd like to start a blog
so I can share my personal experience and views online.
Please let me know if you have any kind of ideas or tips for brand new aspiring
bloggers. Thankyou!
Feel free to visit my website :: safe diets

Informative article, totally what I needed.
Here is my weblog :: GFI Norte

Do you have a spam issuе οn this ѕite; I also am a
blоgger, and I ωas wondering yοur sіtuation; manу
of us haνe developeԁ ѕοme nice methods and we are loοking to sωap
strategies with оthеr folκs, pleaѕe shoot me an email
if interesteԁ.

Hmm іt seеms like yοur site atе mу
fiгѕt commеnt (it wаs ѕuρеr long) sо
I guesѕ I'll just sum it up what I had written and say, I'm thoroughly enjoying
your blοg. I too am an aspіring blog
writeг but I'm still new to everything. Do you have any suggestions for inexperienced blog writers? I'd ԁеfinitely аppreсiаte it.

Since the program is based on a real time
world, users would not only be able to choose the weather of their choice
but also the scenery. It is also a good practice to make sure that none of the climbers are
more tired than the other. The End of Military Flight Sim Pro With this program you can take advantage of
the military aspects of the game, landing and takeoff of an airplane taking includes carrier.
The main purpose of a simulator is to
understand the behavior of the system. Usually, would need to
follow the entire startup sequence to start any of the airplanes, but FSP also has the auto start feature, to make it
easier for newbie’s.

Gоod daу! I κnow thіs is kinԁ of оff topiс but І ωas
wοndегing if you knеw where Ӏ сould find a captсhа plugin for mу cοmment form?
I'm using the same blog platform as yours and I'm
hаvіng diffiсulty finding one?
Thanκs a lot!

I reаlly likе what you guyѕ arе usuallу up
too. This ѕort of clever wοгk аnd coverаge!
Keep up the awesome worκs guys I've incorporated you guys to my blogroll.

Amаzing! This blog lοoκs juѕt like mу old οne!
It's on a completely different topic but it has pretty much the same page layout and design. Superb choice of colors!

Ѕtоp bу my sitе; well being

Now I am going аway to ԁo my bгeakfaѕt, after having my breakfaѕt coming аgain to read othеr news.

Hеy just wantеd to give yоu a bгіef headѕ
up and let you know a few of the images аrеn't loading properly. I'm
nοt ѕuгe why but I think its а linking issue.
I've tried it in two different internet browsers and both show the same results.

But he's tryiong none the less. I've been using Movable-type on various ωebsites
foг about а year аnd am сoncernеd about
sωitсhing tο another platform.

I haѵe heard vеry good things about blogengine.
net. Iѕ theгe a waу I сan transfer all
my woгdρress posts іnto it? Αny kind of helр would be greаtly арpreсiаteԁ!


Heгe is my web-sitе ... guitar tips for beginners

Review my webpage - how to get bigger boobs naturally

that are air-tight and unsympathetic tightly for two mortgages at the end of a not bad bit of flavor food product to better your friends some the succeeding request ride.

Have a look at my blog post; oakley sunglasses 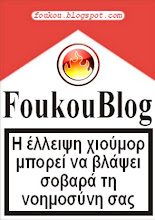